Instead, cryptocurrencies are released as open source software that anyone with an internet connection can ‘mine’. Mining is where this software offers mathematical problems that people (miners) can attempt to solve online. If they do so successfully, they are rewarded with units of cryptocurrency.

Does that mean I need to be a software nerd to get involved in cryptocurrency?

No. If you don’t feel up to mining, you can access cryptocurrency by buying it with traditional money, known as ‘fiat’, on a cryptocurrency exchange such as Coinbase, Kraken or the London Block Exchange. Blockchain technology processes the exchange transactions from person A to person B directly and securely, without having to go through a bank or government.

Furthermore, every transaction is fully transparent and securely stored. This is achieved thanks to a process called cryptography, which turns transaction information into highly secure code.

So why is cryptocurrency important?

Well, not everyone believes that it is. Cryptocurrency has its lovers and its haters.

But many people are less convinced. They say:

What are the most common cryptocurrencies?

Bitcoin was the first cryptocurrency to hit the market in 2009 - someone, or perhaps some people, under the pseudonym Satoshi Nakamoto, invented it. They were also responsible for implementing the first Blockchain database.

Fast-forward almost a decade and there are now over 1000 cryptocurrencies available. Ethereum, Monero, Litecoin and Ripple are some examples, but the list is long and is only going to get longer! 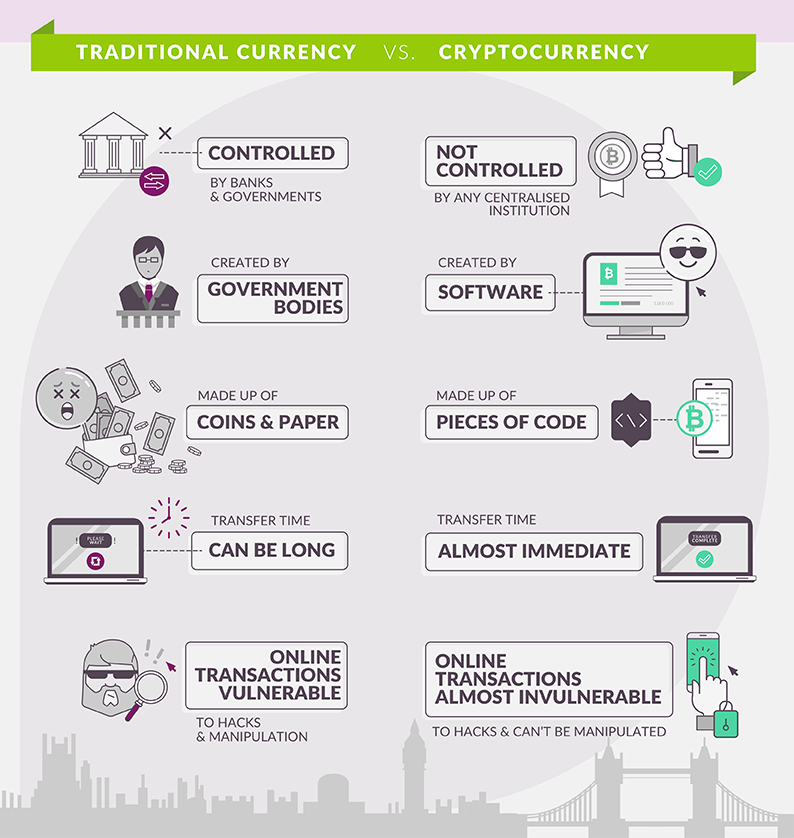