Why, you ask? Simply because Litecoin, like many other cryptocurrencies, is unique. With over a half-decade on the market, some people would suggest it has the pedigree to serve as a direct alternative to Bitcoin – and perhaps, in time, as a superior option.

What is Litecoin? What’s different about it?

As one of the first cryptocurrencies created in the wake of Bitcoin’s 2009 launch, Litecoin was created as a response to several of the preceding currency’s perceived issues.

In fact, it originally served as a modification of the core Bitcoin protocol.

So, what problems did it solve?

Well, if Bitcoin takes ten minutes to generate a block, Litecoin can do it in two and a half minutes. This allows for much quicker transaction confirmation.

The result? A cryptocurrency that can generate more blocks in less time – and handle a higher volume of transactions – than the Bitcoin network.

Like Bitcoin, Litecoin has adopted a ‘soft fork’ known as “Segregated Witness” or “SegWit”.

A soft fork? What’s that?

A ‘soft fork’ is a change to the software protocol which facilitates backwards compatibility, allowing old applications to follow new rules. It creates a temporary split in the blockchain that occurs only when new rules are implemented.

SegWit serves as a means of removing signature data from transactions. This removal of data frees up space and allows a greater number of transactions to be added to the chain. In short, SegWit allows for more transactions to take place, in a faster and more efficient manner.

This might sound confusing at the moment, but don’t worry! There’ll be more on SegWit and ‘soft forks’ in a later lesson.

Litecoin was created with the aim of being a better version of Bitcoin. Whether it’s achieved this goal from a technological perspective is up for debate. 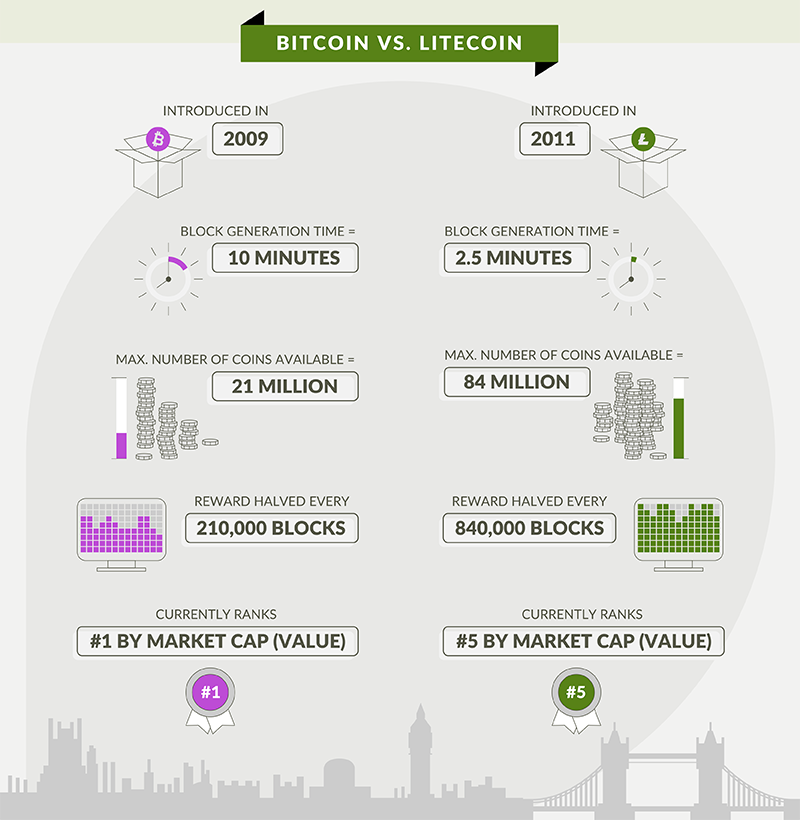